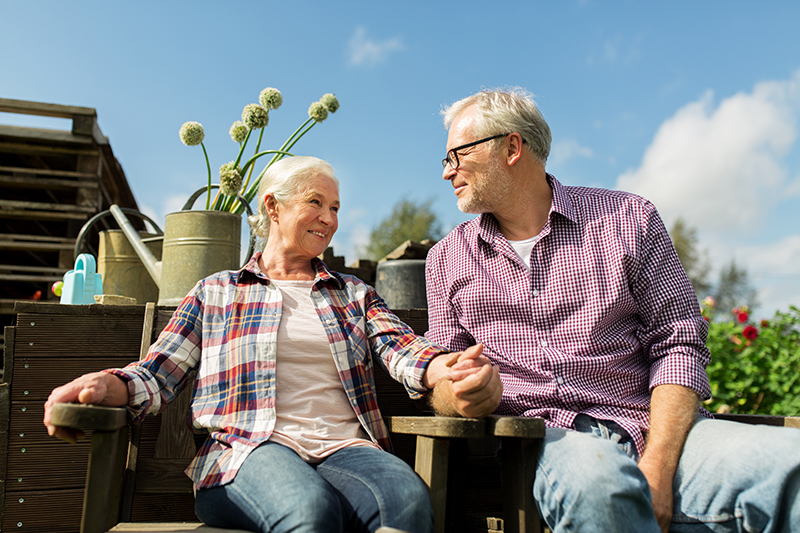 All natural processes proceed from states of order to states of disorder. I am thinking of, for example, the rusting of iron, the decay of monuments and buildings, the erosion of mountains, and putrefaction. Why would living systems be immune to the processes of deterioration? In the early years everything works well but as we age our arteries start to plug up, our electrical system begins to misfire, and mistakes in our Biochemical pathways start to happen. This is my view of aging.

Being 80 years old I can speak about my own experiences to date. My golf ball doesn’t fly as far anymore. I am losing muscle mass and stability.  My hearing and sight aren’t what they  used to be; two cataract operations later. My doctor’s assistant says I am getting shorter. I have little aches and pains here and there. I am occasionally buying Dulcolax now. The people from the Mayo Clinic would add other signs like wrinkles, age spots, graying hair or hair loss, more cavities and loss of teeth, and a risk of higher blood pressure due to stiffer blood vessels and arteries. In addition they list bones more susceptible to fracture, reduction in the efficiency of the bladder and urinary tract as well as difficulty in remembering names and finding the right words. These are changes that typically happen.

In addition to remembering names and numbers, committing new information to memory might take longer. On the other hand you will likely remember how to ride a bike and how to tie your shoes.  Working memory typically declines, like remembering passwords and where you parked your car. The ability to tune out distractions and focus (selective attention) can decline. My wife, Eleanor, says I am still pretty good at this. Carrying on a conversation while driving can become more difficult (divided attention). However, research shows that we can learn new things throughout our lives.

Many credit Leonardo da Vinci with first identifying the process of arteriosclerosis as one ages. He was born in 1452 and died in 1519 CE. There were two periods in his life when he performed numerous autopsies. He used autopsies to study the structure of muscles to aid his career as a painter. The second period happened as a result of his interest in science and his genius of observation. He compared the vascular system of a recently passed centenarian with that of a two year old boy who had also recently died. He recorded that the walls of the old man’s arteries were “thickened and stiffened by the accumulation of plaque-like substances.” He found the organs fed by these arteries to be “very dry, shrunken and withered.” He found the young boy’s arteries to be “supple and unconstricted.” Medical historians say that Leonardo’s description is the first of “arteriosclerosis as a function of time.”

What about the brain in particular? Our brains tend to shrink beginning in our thirties and forties and their decline accelerates in later years. Some areas shrink faster than others. As it turns out the areas that were formed last, in adolescence, are the first to begin shrinking. The number of connections between brain cells also drops. The formation of new neurons (neurogenesis) also declines with age. Neurogenesis is thought to be rare in adults or it is undetectable.

Aging is complex and probably consist of some or all of the molecular level processes listed below, plus more.

According to Joao Pedro de Megalhaes, Professor, Institute of Ageing and Chronic Disease, University of Liverpool, “Aging is a largely mysterious process”. The World Health Organization states that “At the biological level, ageing results from the impact of the accumulation of a wide variety of molecular and cellular damage over time. This leads to a gradual decrease in physical and mental capacity, a growing risk of disease, and ultimately, death. But these changes are neither linear nor consistent, and they are only loosely associated with a person’s age in years.”

The World Health Organization article also speaks of “factors influencing healthy ageing.”  Included are genetics, a person’s physical and social environment (homes, neighbourhoods, and communities), personal character traits, sex, ethnicity and socioeconomic status. “The environments that people live in as children, or even as developing foetuses, combined with their personal characteristics, have long-term effects on how they age.”

Here we are back at “The Early Years”.